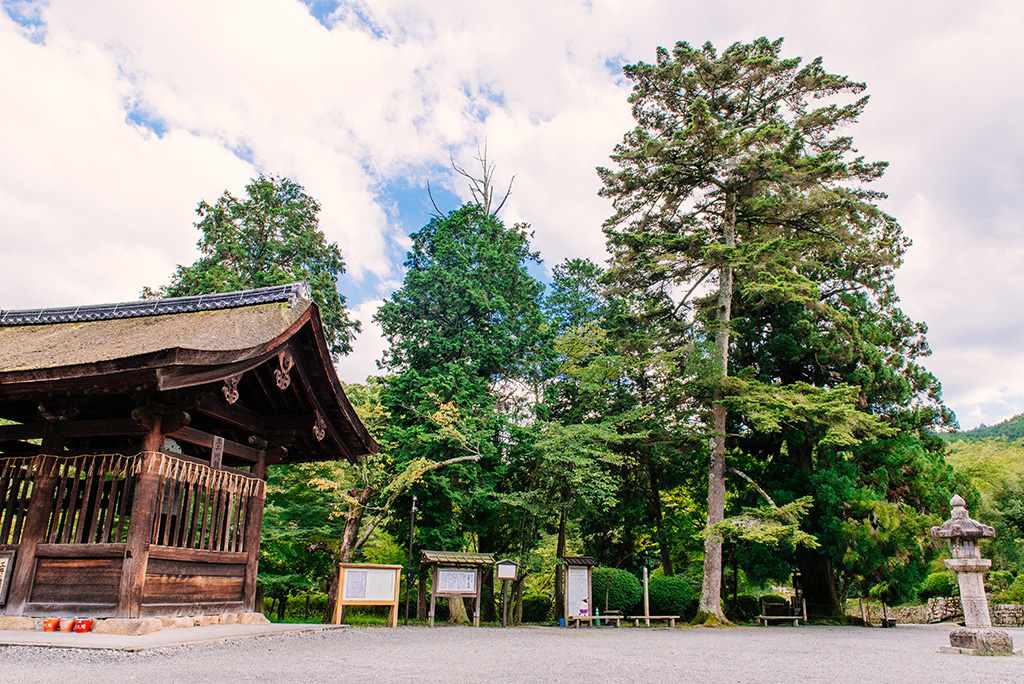 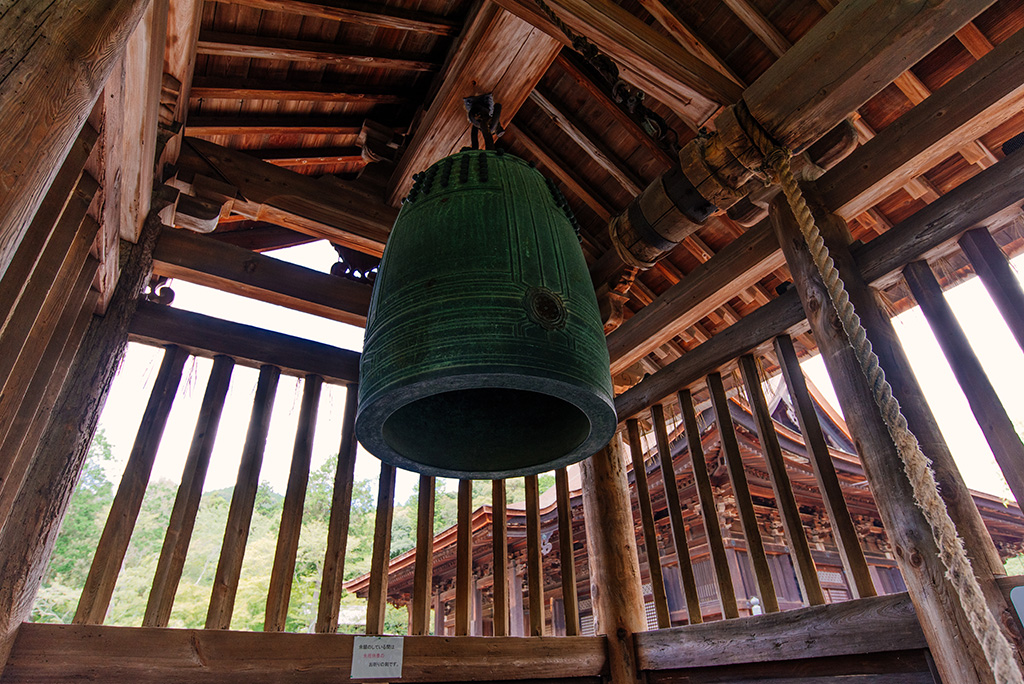 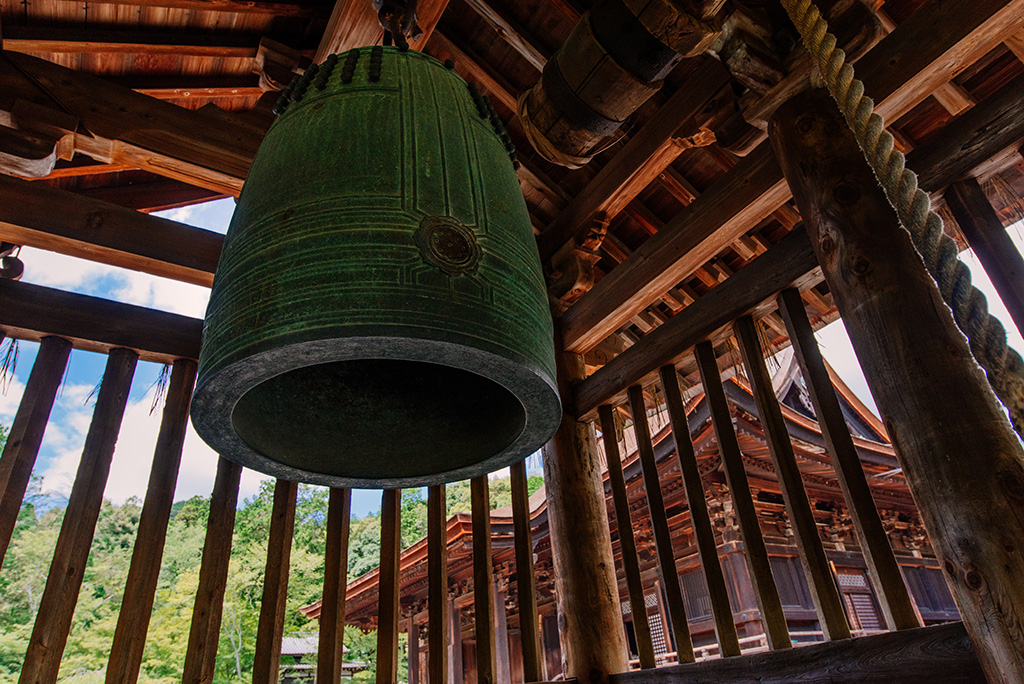 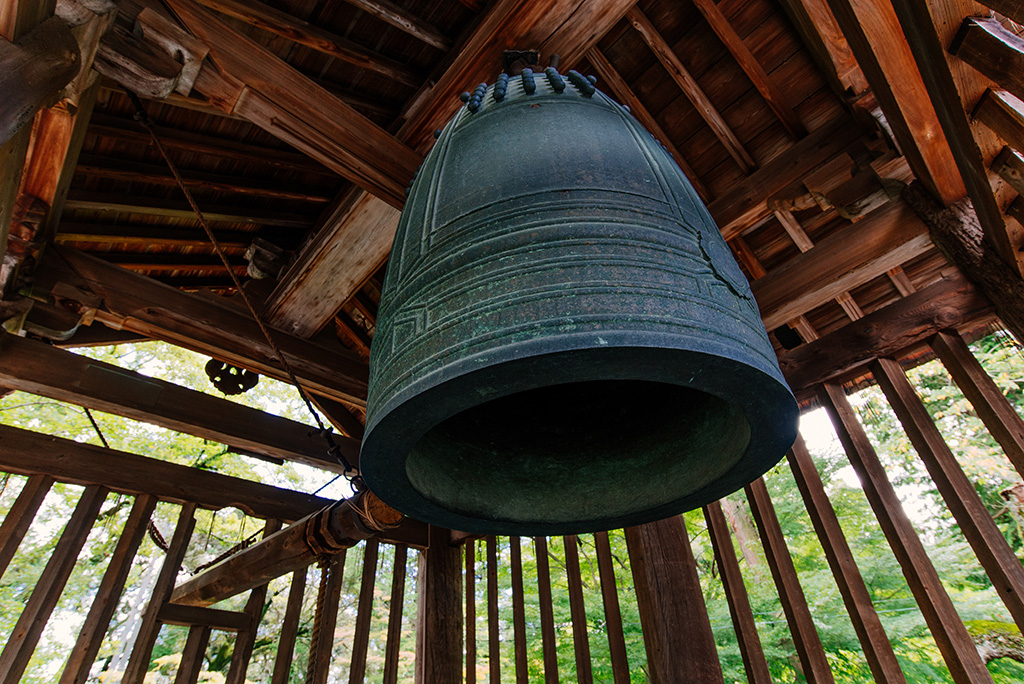 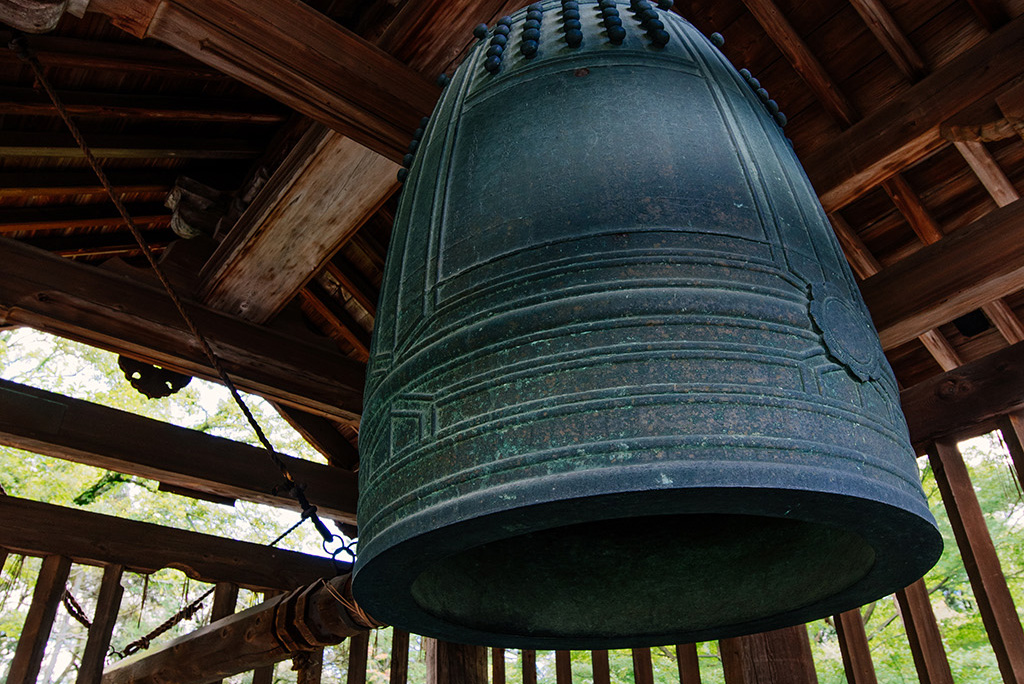 It was built in 7th year of Keichō Era by Jusangūdōchō along with the buddhist bell. Inside, it keeps one of the “Eight views of Ōmi”, the famous “Evening bell of Mii”. This bell was casted by Toyotomi family as an heir of the old bell of the legend “Benkeihikizurigane”. According to tradition, the bell rung 108 times on New Year’s Eve in order to erase the 108 wordly human desires. This bell has 108 decorative bump called chi (lit. breast), that symbolize this tradition, but has also a modern flavor typical of Momoyama period.
BACK MAP