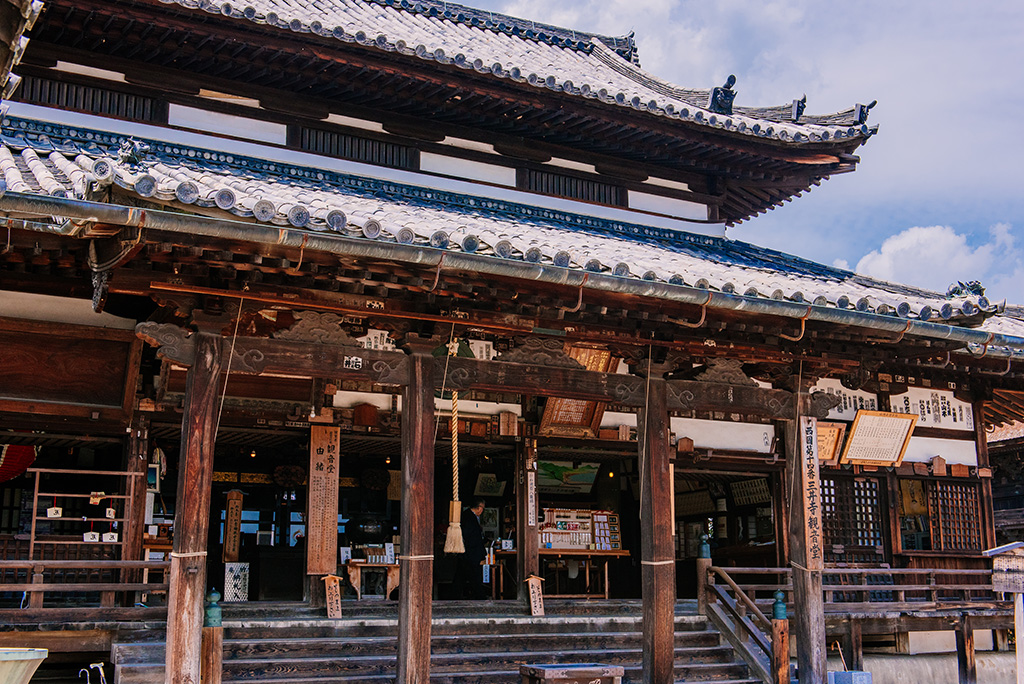 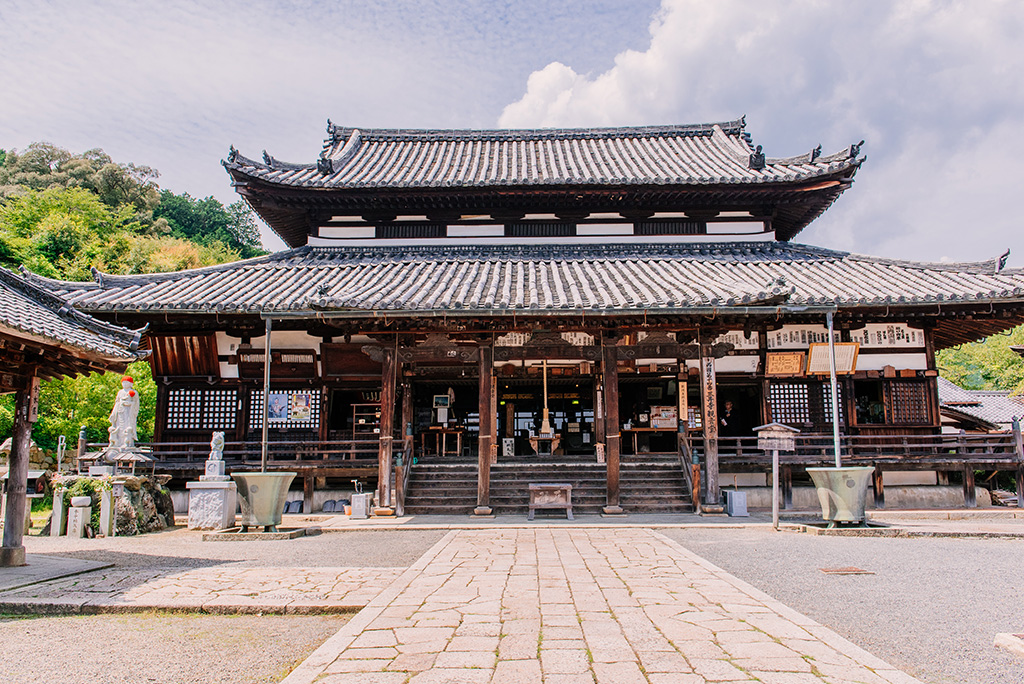 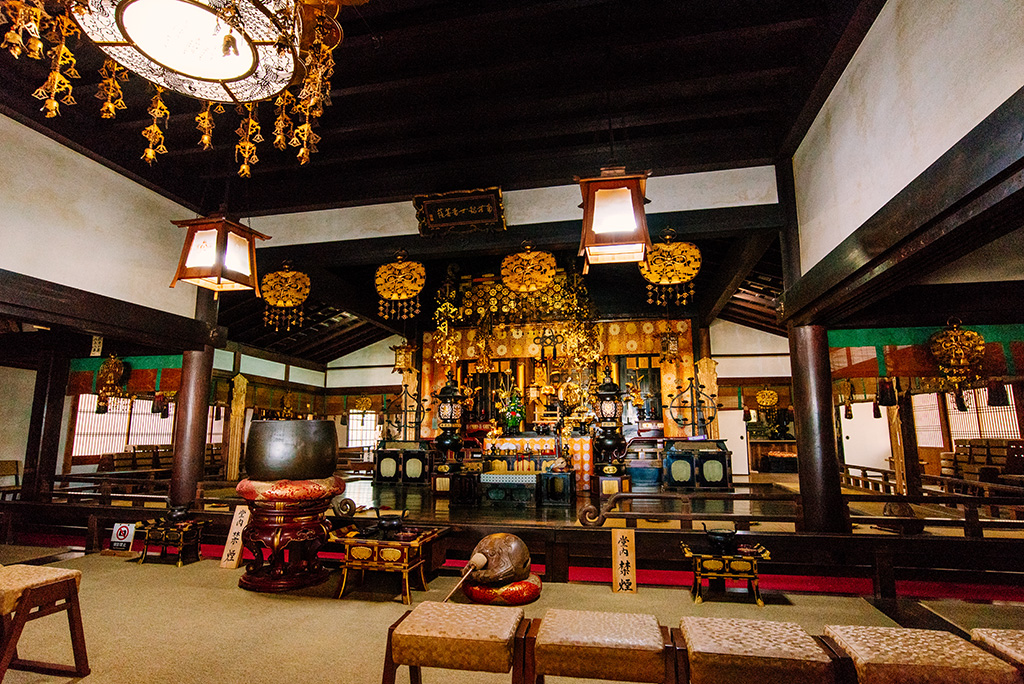 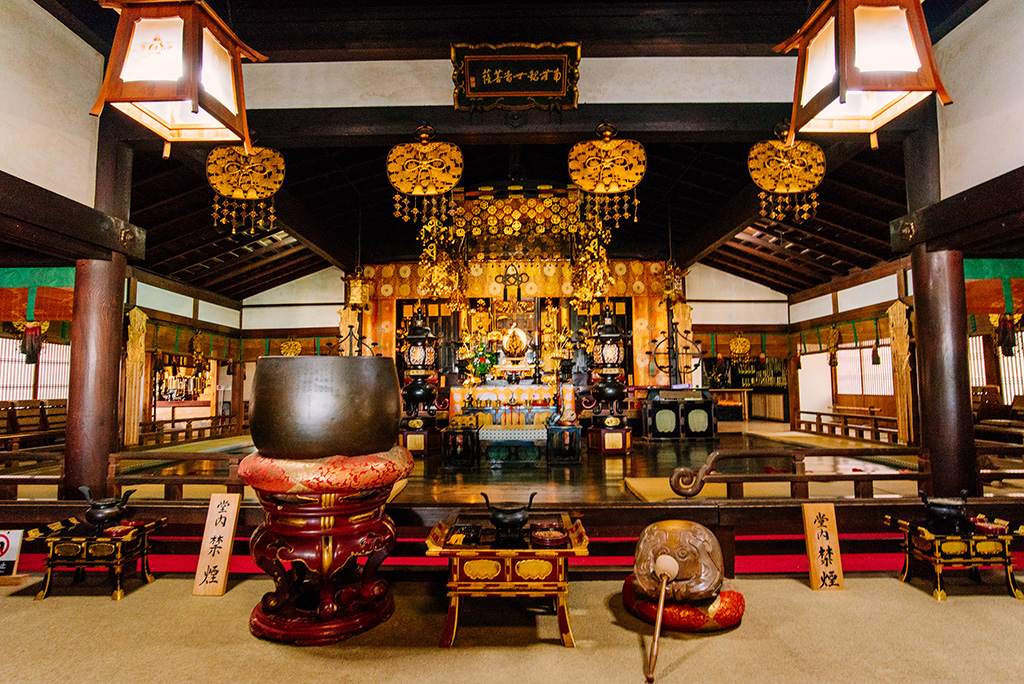 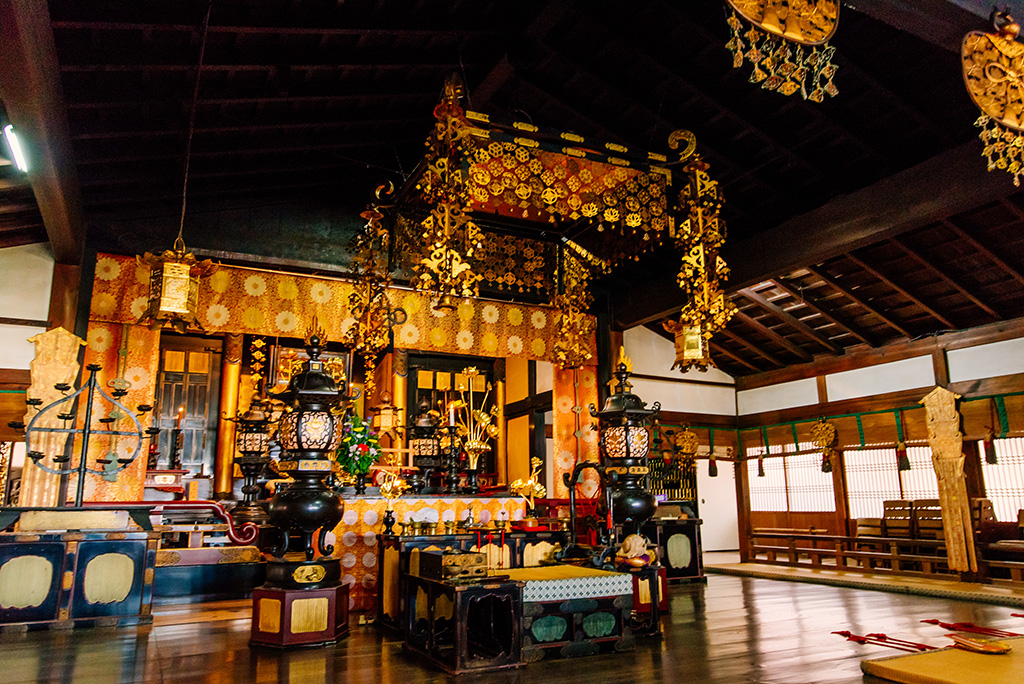 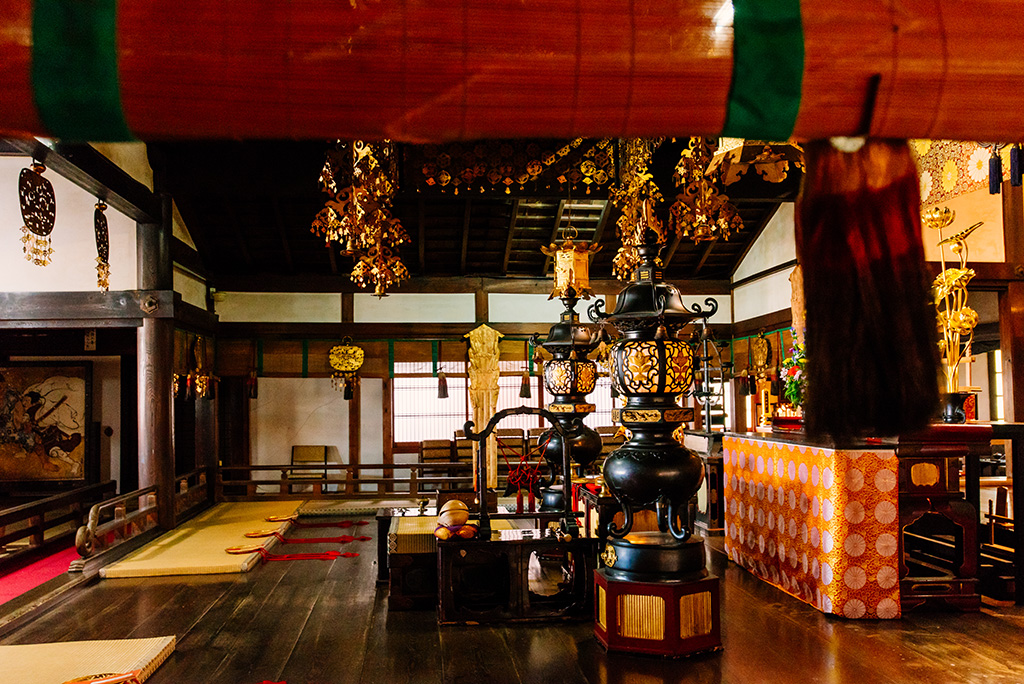 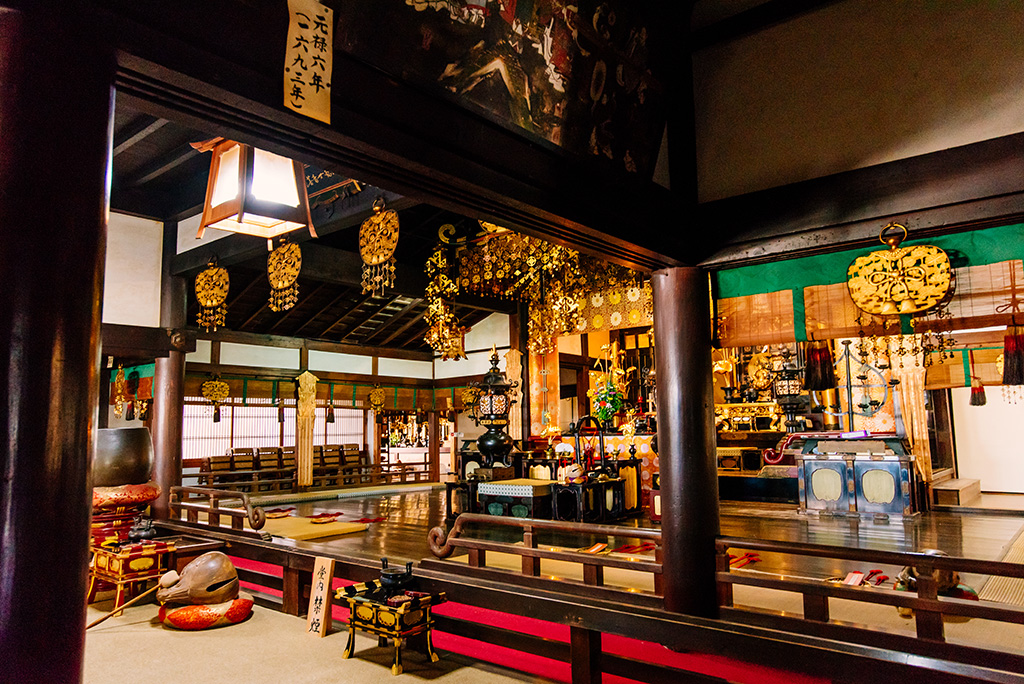 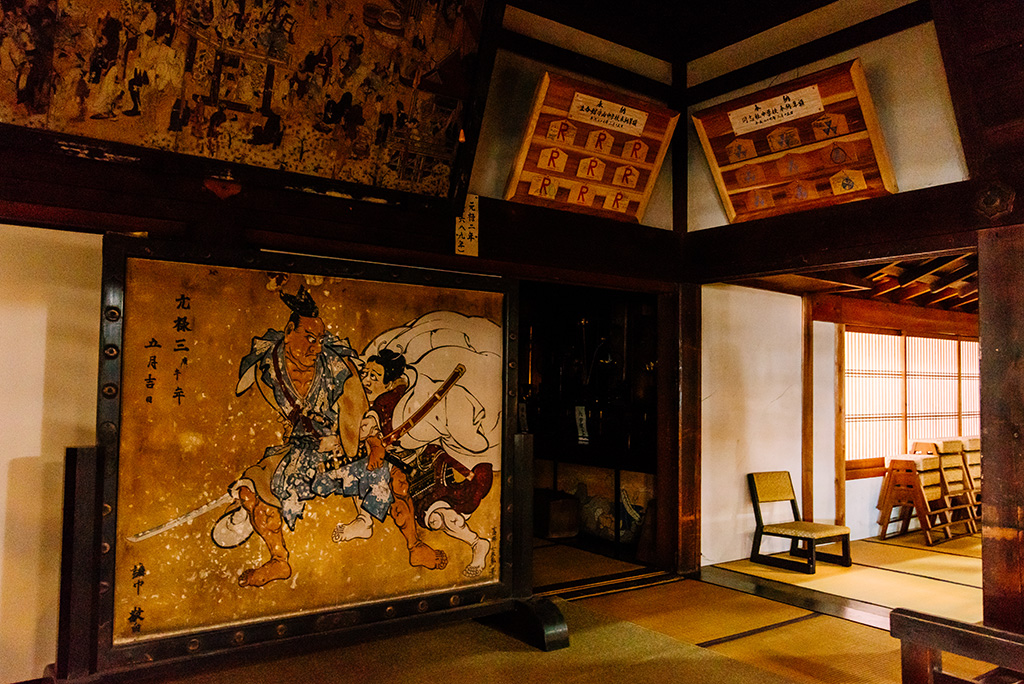 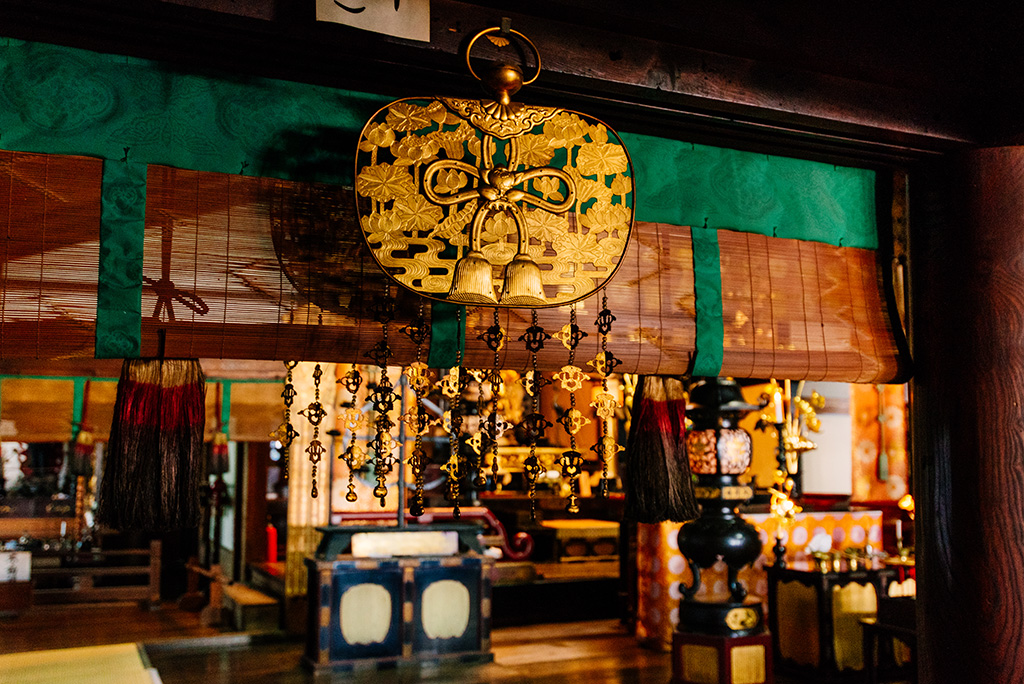 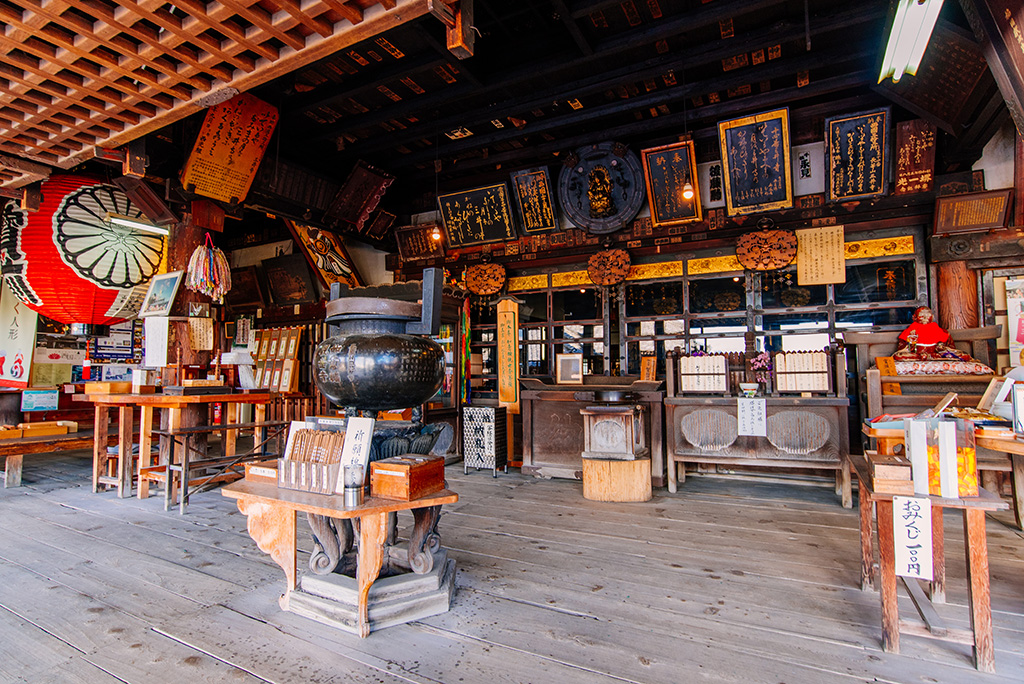 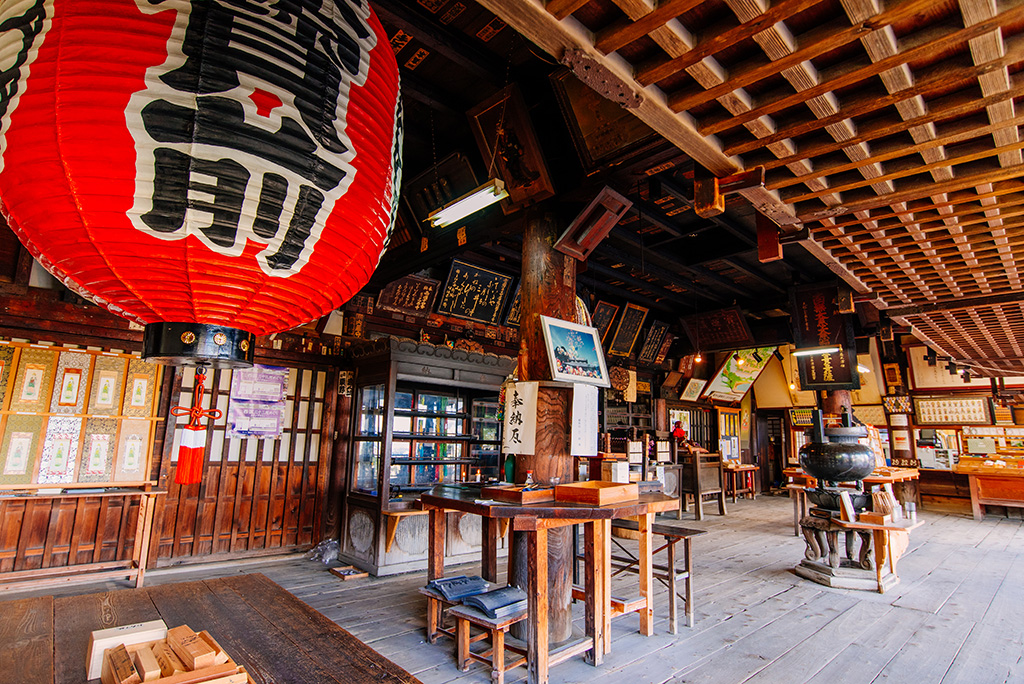 It is the 14th temple of the Kansai Kannon Pilgrimage. The main deity is Nyoirin Kannon statue, which is Cultural Property of Japan. It a secret Buddhist statue showed to the public every 33 years. It was built in 1072 , when, answering to the Faithfull’s prayers, healed Emperor Go Sanjō (1034-1073). It was moved to the actual place during Bunmei Era (1469-1486), burst into flames in 1686 (3rd year of Jōkyō Era) and rebuilt in 1689 (2nd year of Genroku Era).
It is a kawarabuki style building with a xieshan (Jap. irimoya) style sloping down roof. In the inner, between the the seidō and the reidō there is a classic esoteric style Kannon dō, the naijin, on the other hand, has the modern bright flavor typical of Genroku period.
BACK MAP