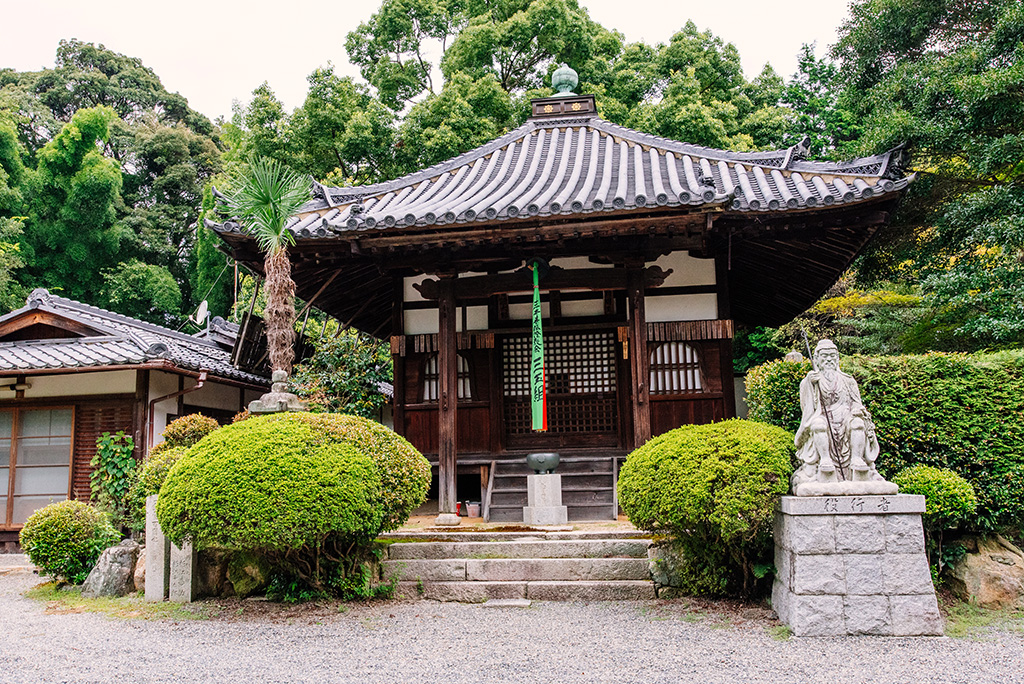 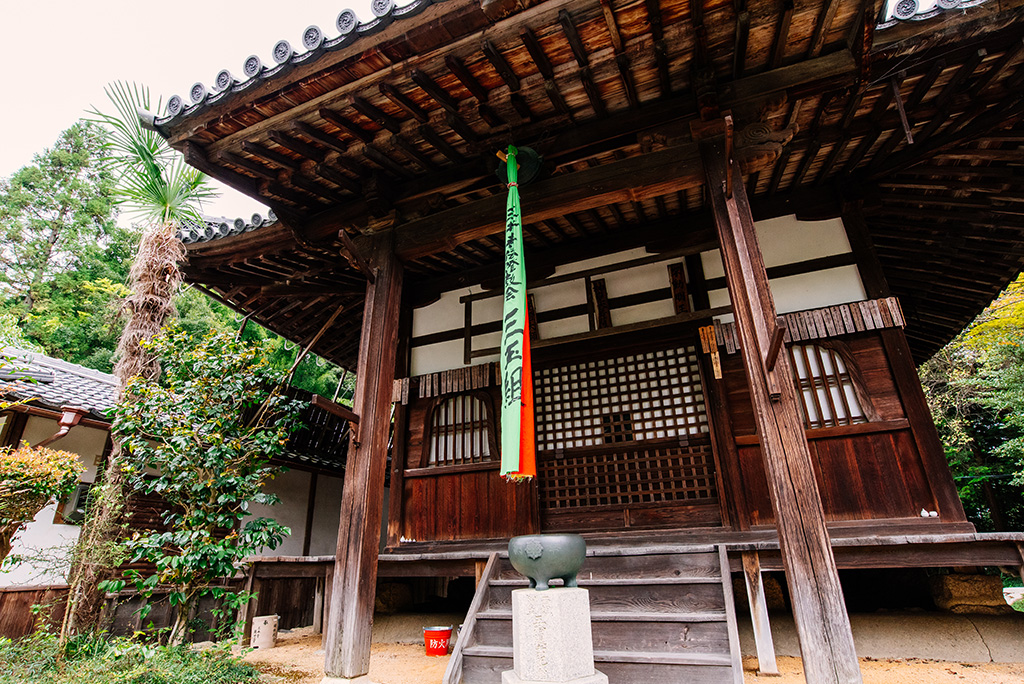 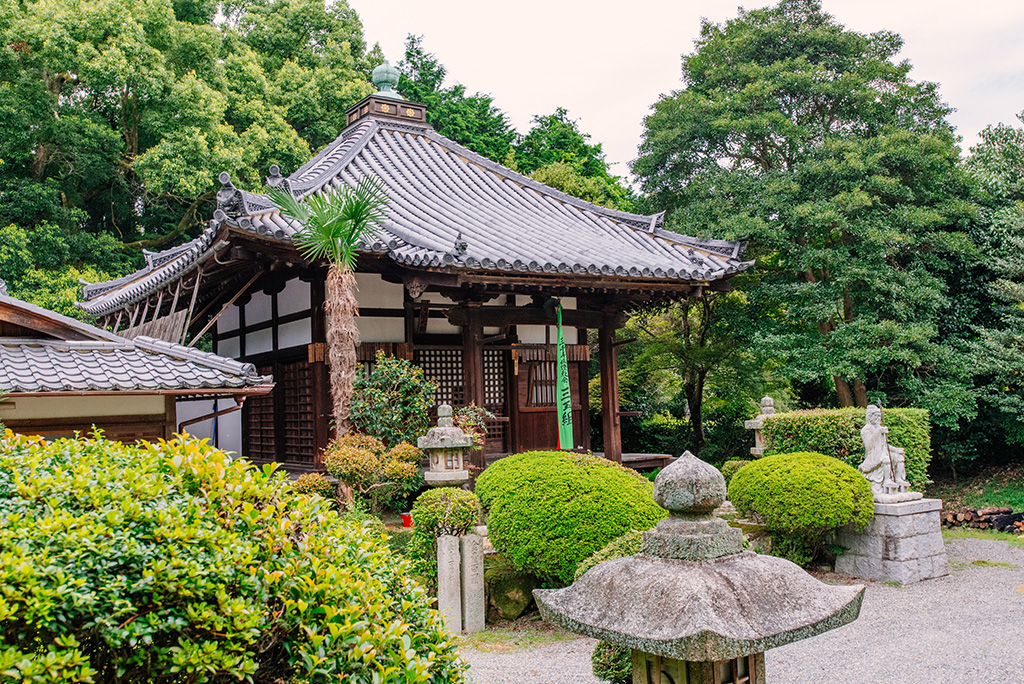 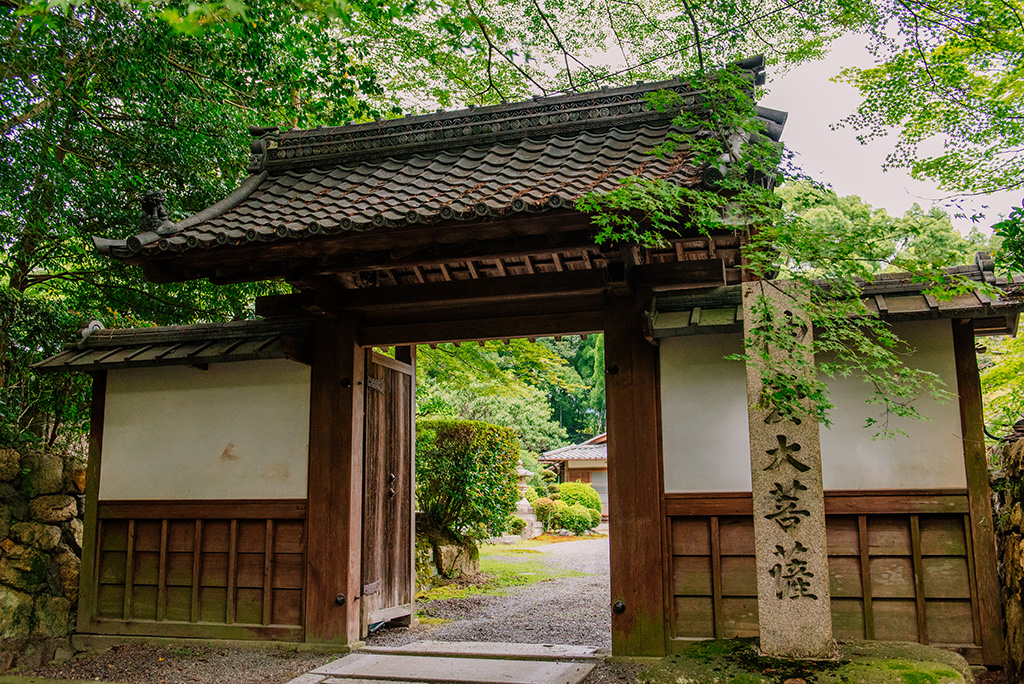 Originally it was part of Fudō hall, the 14th fudasho of Kansai. In 1878 (11st year of Meiji Era), in occasion on the construction of the monument for Satsuma rebellion, it was moved on Mount Tenji. It was placed in the actual place in 1900 (33rd year of Meiji Era). The architectonic gem built in kawarabuki style is dedicated to the founder of Shugendō, En no Gyōja. Fudōmyōō and Chishō Daishi are also prayed in it.
MAP