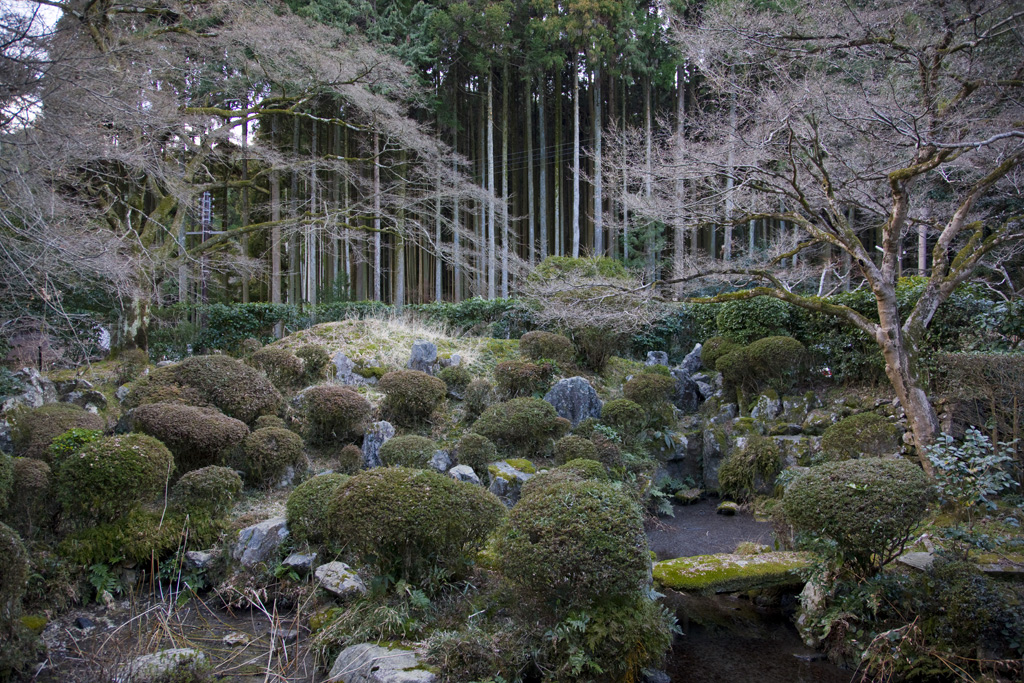 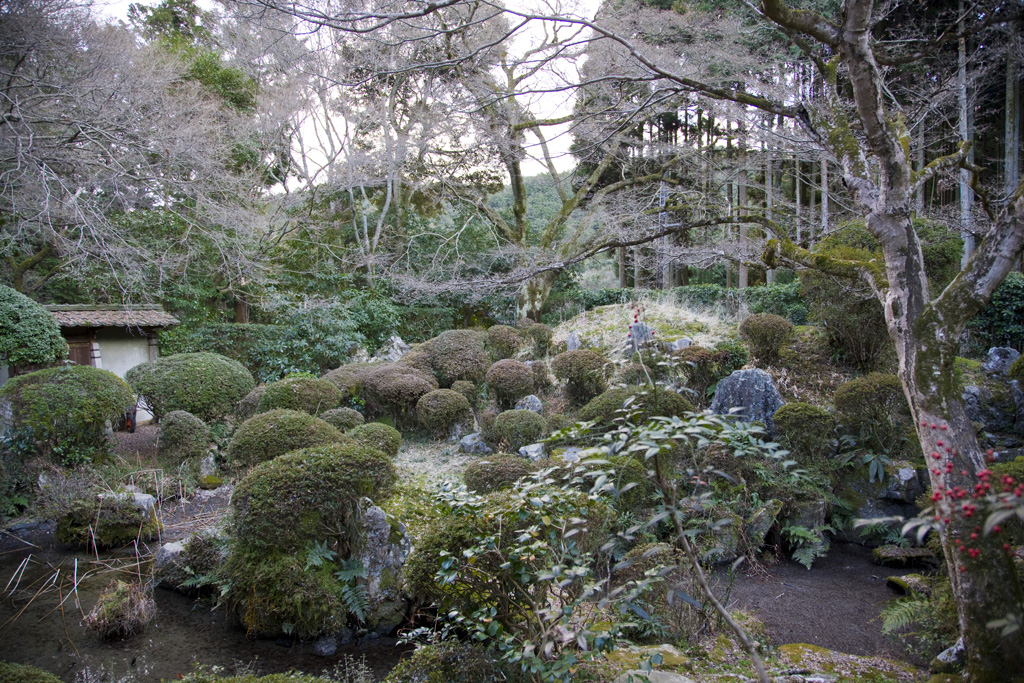 The Fugendō was originally in the west part of the ground of Mio shrine. Fugen bosatsu (Samantabhadra) is the Buddhist counterpart of Shintō deity Mio Myō. In Meiji period the shrine was moved to the actual place. On the south side of the kyakuden there is a beautiful sunny garden borrowed from Nagara Mountain scenery. The garden has an artificial hill, a half-moon shaped pond and a fall with a stone arrangement. The well arranged pond is surrounded by a small forest hinoki and sugi.
BACK MAP